If you happen to have a June Birth month, you can choose from two birthstones – Pearl and Alexandrite. From the two June Birthstones, Pearls are the more popular as they are very abundant and known for their natural beauty while the Alexandrite is the rarer stone and it changes color with respect to its lighting. The Pearl Birthstone has an organic origin. They are formed inside the shells of specific species of clams and oysters. Some types of pearls are even found in specific mollusks that lurk around the sea or in freshwater settings such as rivers. But since the demand for pearls is increasing, it has been a common practice to culture them through oyster and clam farming. Pearls are made mostly from Aragonite, a soft carbonate material that also comprises the shells of mollusks.

How does a pearl form naturally?

A pearl is formed when small rock fragments, a grain of sand or even a parasite enters a mollusk’s shell. This, in turn, irritates the oyster or the clam, wherein it naturally creates a form of protection that coats the foreign material with layer upon layer of the shell material. This will then grow naturally if left untouched and form the shiny material which is the pearl. Pearls that are formed inside the shell are most likely to be irregularly shaped; they actually have little or no commercial value at all. The pearls that are formed within the tissue of the mollusks are the ones that are the most sought after as they are usually formed spherically or pearl-shaped. These types of pearls are the most expensive ones and are used for handmade Birthstone Jewelry.

Why are pearls so attractive?

Pearls inhibit unique luster and intricate translucence and are regarded as one of the most highly valued types of gemstones in the world. Depending on the type of species of mollusk it came from as well as its environment, the color of each pearl varies. Typically the color of a pearl is white, and it is the most common and well-known color. However, there are also pearls that come in other colors. Some pearls have shades of black, cream, gray, blue or even yellow, lavender or green. Black pearls can be found in the seabeds of the Gulf of Mexico and even on off-shore islands within the Pacific Ocean. The Persian Gulf, as well as Sri Lanka, are well known for their uniquely cream-colored pearls known as Orientals. Other producers of seawater pearls are the Celebes Sea near Indonesia, the California Gulf and the Pacific coast of Mexico. For freshwater pearls, The Mississippi River and the streams in Bavaria, Germany are well known for pearl-producing mussels.

More trivia about the pearl 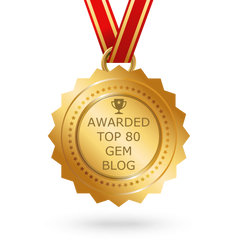